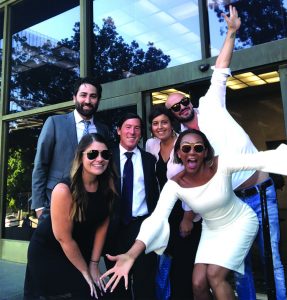 Ron assisted former Spice Girl (Scary Spice) Melanie Brown aka Mel B with the financial, valuation, tracing and tax issues related to her dissolution of marriage from Stephen Belafonte.

In a state like California, it’s important to define assets as community and separate property.

Where community funds are mixed with separate property funds, the combined account is known as a “comingled asset.” Comingling and tracing are two measures taken in the context of spousal property during marriage.

The spouse must be able to “trace” the funds back to their separate property source to prove that some of the funds in the account at the time of divorce are separate. This occurred in Mel B’s Case as it related to her premarital earnings from the Spice Girls.

Comingling raises a presumption that comingled money is community property, and the spouse who claims some of the money belongs only to him/her has to prove it is separate property. When funds are withdrawn from a comingled account and used to purchase property, the spouse must prove the acquired property is separate and was purchased with separate money. Otherwise, the property is considered community under the rule that property obtained during marriage is assumed to be community property.